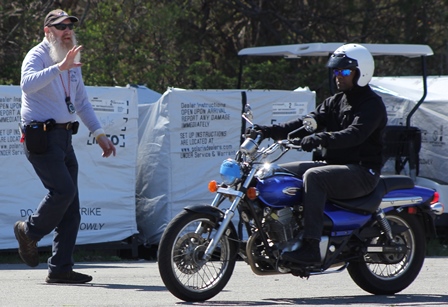 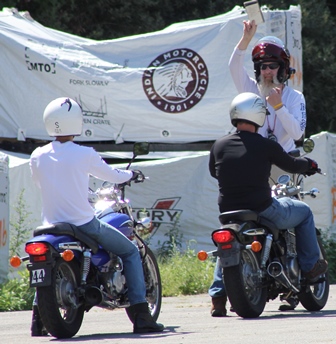 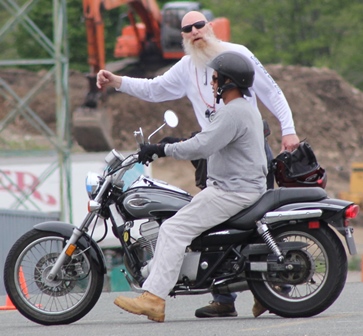 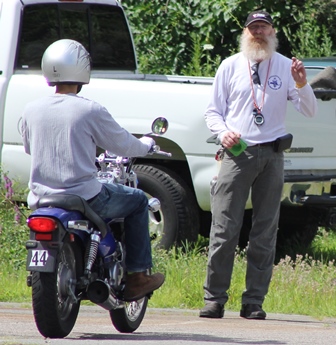 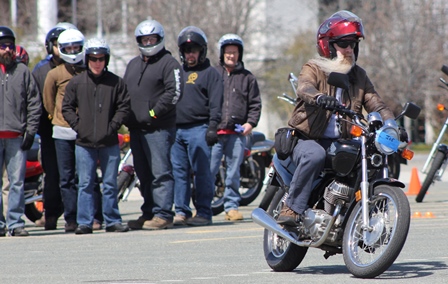 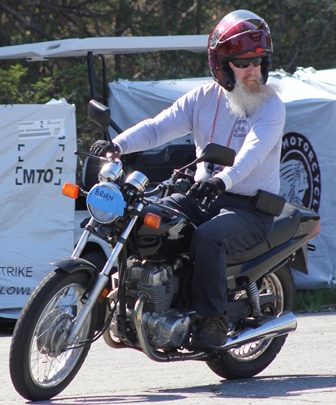 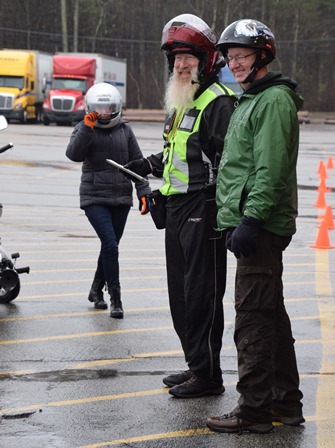 Motorcycles owned over the years:

Brand-new 1980 Suzuki GN-400. Great bike on which to learn; I kept it much longer than the year-or-two I’d planned. It aptly demonstrated why single-cylinder engines are referred to as “thumpers.” I’d never ridden a motorcycle before; the dealership gave me a quick “there’s the throttle, there’s the brakes, do this, do that, there you go…” And there I went: out their parking lot, left turn onto a side street, and nearly hit the third car on the right. I managed to make it to a parking lot where I rode around for a while. Sure wish the dealership had told me about the MSF…

Soon after buying it I took the predecessor to the BRC; the MRC:RSS “Motorcycle RiderCourse: Riding and Street Skills.” I was surprised at how much I didn’t know, and how much I was doing wrong.

As part of my RiderCoach training, I took the BRC again. Even as an experienced rider, I improved my riding. Training never ends!

What I love about riding:

A motorcycle is more than mere transportation – even when just going from here to there. The ‘going’ becomes part of the complete experience – the ride is *enjoyed*; not just tolerated to reach a destination. No “are we there yet?”

When my wife and I rode the Cabot Trail in Nova Scotia, it rained the entire time. Since we were already in rain suits, we stopped and walked several trails – had we been in a car we wouldn’t have done that.

Another trip changed from simply visiting family into a 3000 mile ride – out to Indiana, back through Canada, and a whole lot of side trips.

Met some wonderful folks when we broke down on a trip to South Carolina.

We frequently ride locally as a get-away-from-it-all break. Instead of boring-drive/coffee break/boring-drive, the ride *is* the break – coffee’s just a nice excuse to get on the bike!